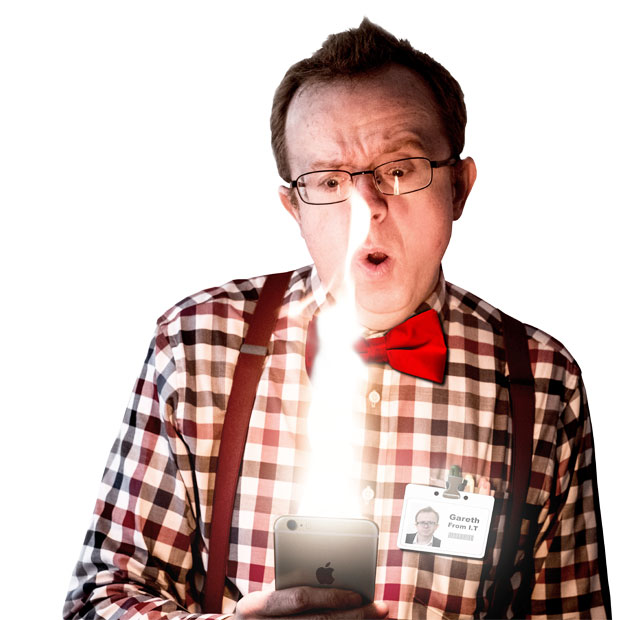 
Gareth is a comedy character masquerading as a freelance tech support worker who melts the minds and phones of your guests. Have your guests seen every type of strolling entertainment before? Well, they haven’t seen ‘Gareth from Tech Support’. He’s like a more amazing version of Doc from the Back to the Future. He’s got plenty of hairbrained tips, tricks and ideas to show you with his iPad or your phone. Some of them are borderline genius but more often than not it turns into a disaster.

Gareth is a comedy magic act that integrates with your unknowing guests. He walks up to your guests and introduces himself as Gareth from Tech Support, saying head office have instructed him to check their phones and hits them with some techy gibberish., they engage and suddenly chaos ensues, phones explode, smoke starts pouring from your smart watch and Gareth gives a hard reset to a phone.....with a hammer! If they haven’t realised already, Gareth isn’t your everyday tech support guy! An amazing mixture of close up magic and comedy. Like a live prank show at your event where an encounter with a stranger turns into the most memorable part of the night.

Recently, Gareth went undercover to make his US TV debut on the hit show Penn & Teller: Fool Us. He demonstrated his most recent tech invention, a time travel app used for a card trick, which was so amazing Penn & Teller had no idea how the trick was done and were completely fooled (note: Gareth tells us that he did, in fact, travel back in time and this was not a magic trick). Gareth has hundreds of similar crazy inventions that he can bring to your event - get in touch to find out more! 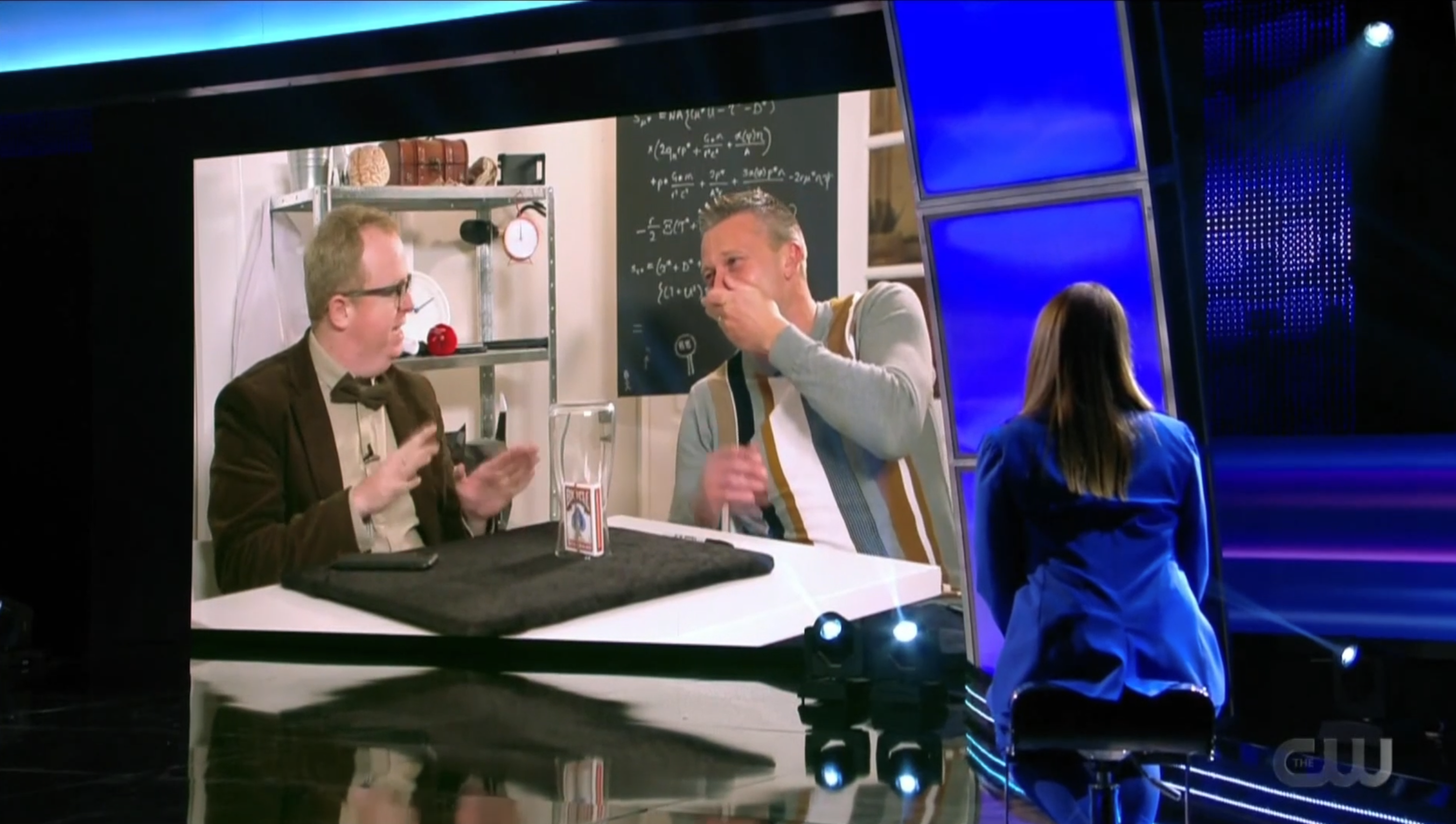 Gareth in his own words

Some people say I’m a geek, but I dont like that label - I see myself more as a genius. Yeah sure, I’m a god to nerds, but my real friends have all got plugs and can never say mean things to me like the kids at school used to. I sleep in the server room as it’s warmer and the humming is the purring of my babies.

When not working i can be seen swiping on Tinder, which I’ve completed twice, and my iPhone screen has been eroded from the 14 hours swiping a day. I dream of meeting a nice girl that I can really get to Beta test. I really fancy Sue the security guard at PC World, I know she’s into me too as she watches me so closely.

My work as a freelance tech support is my passion, I love enlightening the normos about what they are doing wrong! I’m looking forward to telling you to turn your computer off and on again and hopefully it won’t end exploding in a fireball. 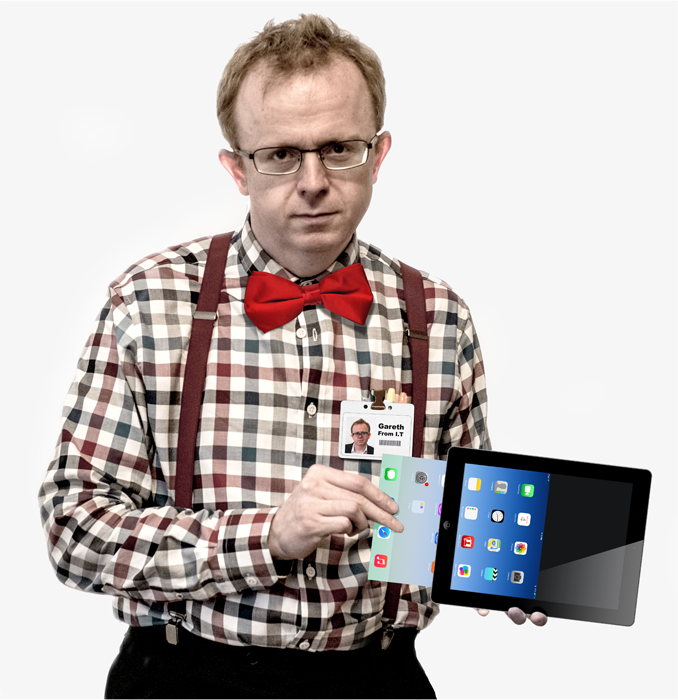